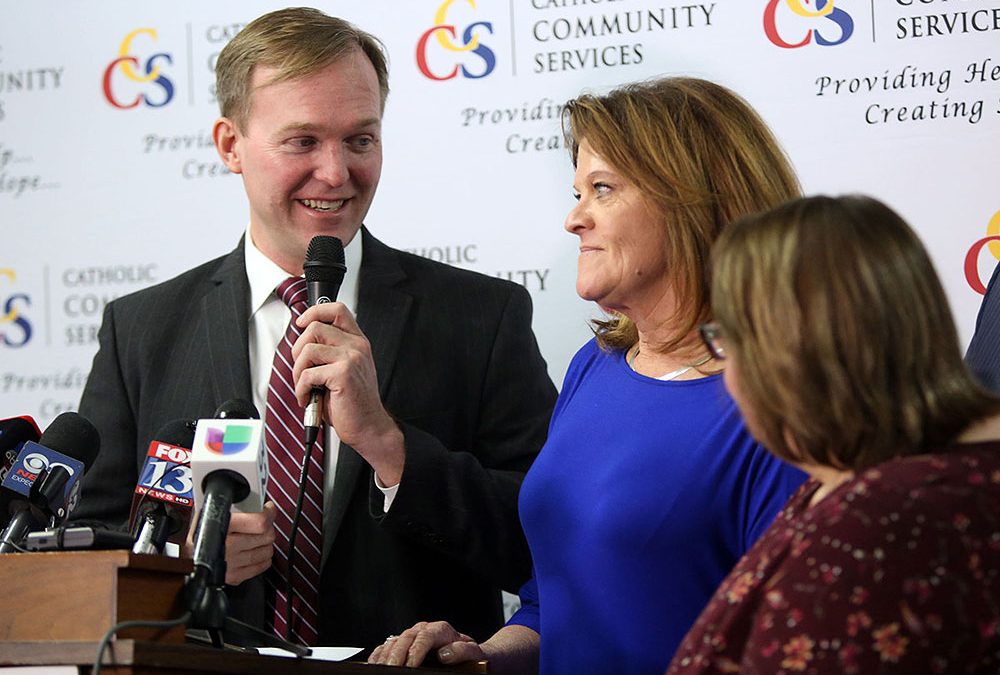 More than 150 former offenders—more than three times the number that organizers expected—lined up a block long on Thursday outside St. Vincent de Paul Dining Hall  and filled the Weigand Homeless Resource Center.

They were there to take advantage of 40 attorneys working pro bono to clear their criminal past so they could move forward with a clean slate into the future. The idea behind the day was to help those whose lives had become largely high-centered on old convictions that have kept them from finding housing, jobs, schooling and getting past other barriers to becoming self-sustaining, independent citizens.

USARA volunteers assisted in getting people checked-in at the expungement event.

Organizers were expecting about 50 or so people seeking help to clear their records. If there was any doubt that the need is there, that dissipated with the overwhelming turnout.

Noella Sudbury, director of the Utah State Bar’s Criminal Justice Advisory Council and lead organizer of Thursday’s event, said the consultations between volunteer attorneys and clients is a way to accelerate clearing criminal records, a procedure that has proved too daunting to most former offenders without legal aid.

More than $19,000 in private donations covered the costs of applications and certificate fees for eligible clients. Fourteen community service agencies, including USARA, provided help in checking in and guiding the clients to attorneys that lined five long tables inside the dining hall.

One client, who was dealing with clearing his name in 14 jurisdictions, said his attorney prepared petitions for seven, and provided guidance for how he could petition the remaining seven courts himself. His case review and requisite paperwork took up his attorney’s entire four-hour stay.

Almost every client said at the sign-in desk that they had tried years earlier to go through the five-step process to obtain an expungement court order. They said they gave up because understanding the documents and meeting all the legal requirements was far too complicated.

The State Bar will be carefully studying the data gathered at the event, Sudbury said, adding that their findings will be forwarded to various community service agencies as well as to county and state policy-makers.

“Clearly, we’ve tapped into a significant need,” she said. 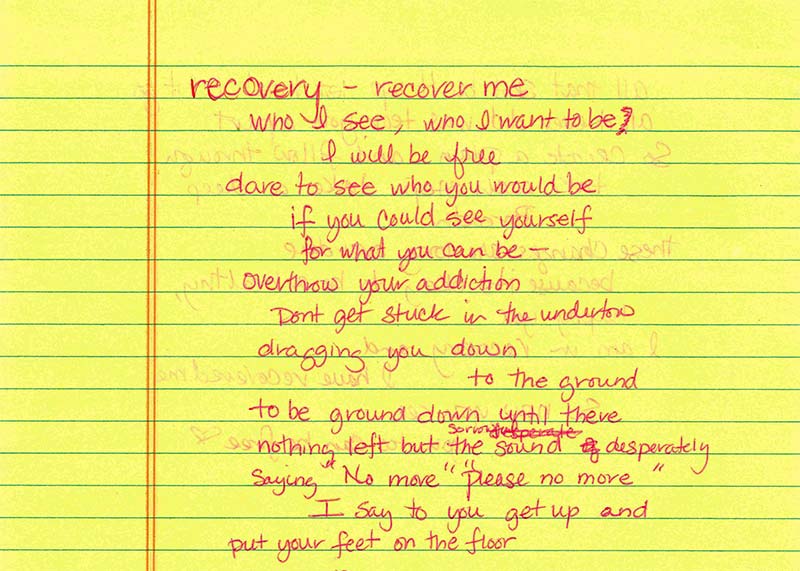